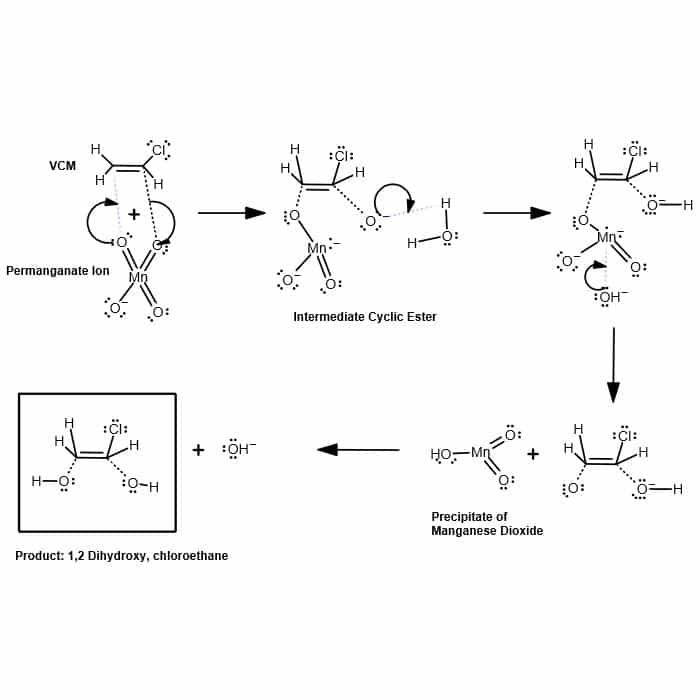 The oxidation of an alkene leads to the formation of a compound with hydroxyl groups on the carbon atoms that were involved in the double bond, a 1,2 diol.   Manganese (VII) in permanganate ion is ultimately reduced to manganese (IV) in manganaese dioxide.  The carbon atoms of the double bond are oxidized.  Even if no base is added at first, the solution becomes progressively more basic as the reaction proceeds.